IF I AM GOING TO BE HEADSTRONG AND STUBBORN, I BETTER BE RIGHT

So, let me begin by saying that I was wrong. Oh, the Irony. This blog entry is not as easy to write as I thought it would be last week. It is causing me pain already. And it is LONG…maybe too long… like a rant with curse words. I apologize to my mother and polite society ahead of time.

I don’t know when you are reading this, but I am writing it on Wednesday, August 16, 2017. This is the Wednesday after the Friday night that Klansmen and Nazis marched on Charlottesville, VA; and clergy had to sneak out of the back door, take off their Jewish regalia, and slink away down back allies to remain safe. 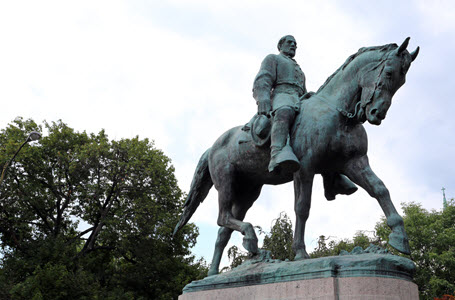 I am writing on the Wednesday after the Saturday when these same people beat counter protestors in the streets of Charlottesville, and one racist-White Supremacist ran his car into a crowd of people where a woman, Ms. Heather Heir, lost her life resisting them. I believe her memorial service will be today; I will wear purple to work to honor her martyrdom. It’s not enough.

The American President woodenly named and admonished the Klan and Nazis on the following Monday, and then doubled down on yesterday about his belief that those who fight back against this kind of hate are equivalent to those who hate.

The good thing is I am certain that I am right.

Yes, I am convinced that I am standing on the moral high ground. Then why is this difficult to write? Because I cannot believe I am writing this. Are you kidding me? It’s 2017, and I have to write about Nazis. DAMN!

I take comfort that Wonder Woman disobeyed her mother, trained for battle, ran away (and in the comic book defeated the Nazis; who knew that would be so relevant?), so she and I can stand with the rest of the free world and be comforted that there are more with us than those who stand against us….

Cartoon/Cinema world can be more proud than Real Life World today, however.

But, what of the issues?

I was born and raised above the Mason Dixon Line (Delaware), but now I live deep in the (Florida) South. My neighbors, acquaintances, and friends have engaged me in conversations about “The Statues.” There is an obscene Confederate Flag that rises up from the depths of a rotting Confederate Grave Yard and blows its secessionist view point at all of us who drive I-75 through Tampa, Florida.
Several years ago when she was 12 or 13, my now 15-year-old daughter was in a van with one of her best friends. They were all going skating when the friend’s adult family members began a conversation about how the flag “wasn’t racist.” They were going skating. I’m not sure why it mattered, except of course you must pass that damn flag to get from where we used to live to the skating rink.

My 15-year-old was a middle school student at the time. She was texting me fiercely on her way to the skating rink. She was hurt. I offered to come get her. She said, no, but neither did she feel able to speak up. I was livid, but I let her navigate her introduction to racism in her own youthful way. Unfortunately, I knew she’d have another opportunity….later in life…to make another choice; we all would have many more of those opportunities.

The same 15-year-old came home yesterday with the story of a Neo Nazi student at her school getting kicked out of class for arguing “the Nazi point of view” with a teacher. This is an International Baccalaureate Program; children with IQs above 130 and GPAs above 4.0, and Nazis arguing their White Supremacist Views openly in a public school in 2017. Free Speech run amok. Please don’t misunderstand me:

This is what makes America GREAT! We get to be FREE.

But why are we all such awful people? Why do we insist on the type of freedom that wounds our fellow Americans? What is wrong with us? I’m a psychologist; I feel like I should understand that “Hurting People, Hurt People.” I do. But I’m always so shocked when I see it again and again in this racist format.

And just for clarity:

These “icons” outside of public venues or naming public spaces for those secessionists have ALWAYS been a disgusting middle finger from America at large to African Americans specifically in my view. “Hey citizen, walk past this man who wanted you to be a slave on your way to the buildings in our communities that represent justice or education.” The message couldn’t be clearer. “Deal with it N-word. We believe in our superiority.”

The “It’s my heritage” argument should shame us all. It’s ALL OF OUR AMERICAN HERITAGE.

But these particular monuments are to people who loved their business venture of owning other human beings so much that they were willing to shed the blood of their brothers and leave their beloved America, in order to maintain their free-labor, oppressive economy. “State’s rights” began as the State’s right to decide whether or not to own my ancestors. What are we revering? What are we celebrating?

One more story about the 15-year-old. At another point in her middle school tenure, we were driving down a main street about five minutes from where we lived. A large Florida pickup truck was flying the Confederate Flag on the left side and the American Flag on the right. At the time, my youngest daughter must have been 12 or 13 (yup, that same year). Her brain hurt at this sight. She said something to the effect of “That is literally impossible…”

Both of my daughters have seen so much. Their awakenings started in Durham, NC. At the ages of 6 and 8 their parents separated, and Mr. Obama and Mrs. Clinton were running against one another for the Democratic Nomination for President of the United States. The entire family was dumbfounded that Barack Obama was making a real competitive run. The 6-year-old was “voting for the girl.” And this mother cheered that six-year-old on!!!! She stood alone amongst her 8-year-old sister (who couldn’t have cared less, by the way); her 30-something-year-old parents who thought “having a Black President” was the punch line of a comedy routine; and her proud, Birmingham, Alabama, born 60-something-year-old Grandparents who secretly wiped tears from their eyes when they thought we weren’t watching.

I am tasked with raising children in a climate where saying “President Obama was born in Kenya,” saying pretty women can be grabbed randomly between their legs, saying Mexicans are “rapists,” saying Muslims shouldn’t even be in the country, and saying Nazis are morally equivalent to Wonder Woman and her friends who are fighting the Nazis are all part of the resume for Leader of the Free World.

And I refuse to agree.

I stubbornly, headstrongly shout from the roof tops. NO!

As a mother I am seething in rage that I cannot protect my daughters from knowing that there are people out there who hate them. As a psychologist I am preparing (and preparing my staff) to be able to help people put their fragile psyches back together and separate their anxieties, and true paranoia, from the REALITY of their neighbor OR supervisor having travelled to a hate rally.

I’m not sure I have a tidy little Cognitive Behavioral intervention for that one, by the way.

But as a citizen of America, a busy, professional, black woman, I am preparing to shout from the roof tops and stand in the gap doing everything within my power to say NO! We will not normalize Nazis. We will not mainstream the Klan. We will not accept a little bit of racism in the southern strategy to round up votes. We will not keep feeding the beast of division and hatred in our country. At least we won’t do it without an opposing force of love, character, and resistance standing in the way at every turn.

“I used to want to save the world….” Thank you, Wonder Woman.

NEXT TIME:
WE ALL NEED PEOPLE, A SQUAD, A RIDE OR DIE TEAM (A hard one for an introvert like me)

Get in touch today!